Serving Developers in a New Way

Just over 3 years ago, I wrote a blog post hinting towards a new job that involved helping developers:

Anyway, I am feeling exceedingly optimistic today. Maybe it’s the fading buzz of the New Year. Or perhaps it’s because I’m starting a new job a week from tomorrow that I’m very excited about. Don’t have much to say about it now, but suffice it to say that it will involve getting more and more people excited and comfortable with programming. And given my lay-off from hard-core coding, that starts with me!

That job, of course, turned out to be as a Developer Evangelist at Twilio. I had never been a developer evangelist before and shortly after joining it was explained to me that the core function of my job was to serve developers. The specifics were left undefined so I started talking to developers and organizers to better understand what the Seattle developer community was lacking and how I could help.

Over the next 3 years I worked with and got to know some of the most passionate, intelligent and kind people that I had ever met. 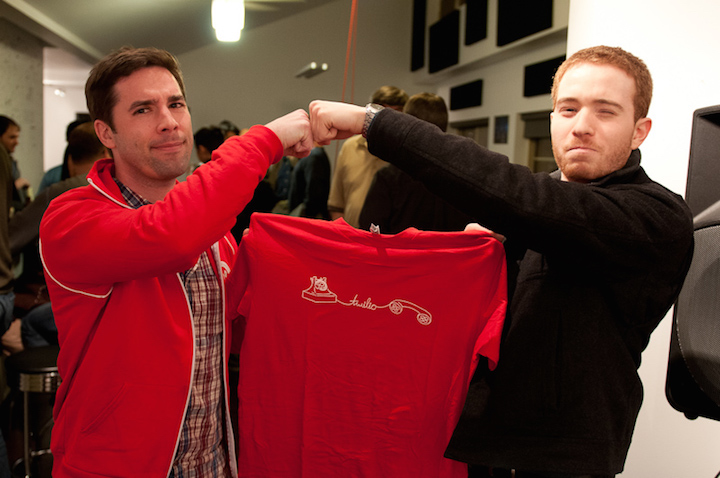 When I was first starting out I worked out of Founders Co-op thanks to the generosity of Andy Sack and Chris Devore. FC is a seed stage fund that operates a coworking space for its portfolio companies and also houses Techstars Seattle. While there I met Red Russak, from whom I learned 95% of what I know about the Seattle startup community. FC was also conveniently situated across the street from the old Startup Weekend offices and I got to know people like Steven Chau who helped me organize CascadiaJS 2012 and went on to organize Hive 2014. I don’t think I appreciated it at the time, but I was spending time in very close quarters with the beating heart of the developer and startup communities in Seattle. These people were building the future.

When I wasn’t working out of Founders Coop, I spent a great deal of time at events both as a speaker, sponsor and organizer. The Meetup scene in Seattle is incredibly vibrant and I got to learn from people like Zac Cohn who, at the time, was running the hugely successful Hacker News Seattle meetup. Zac taught me a lot about respecting your community and setting a super high bar for the kind of speakers and content that you bring to them.

Part of my job as an evangelist involved traveling, usually to hackathons and conferences. Through these travels I got to meet people like Boris Mann. Boris is a huge part of the Vancouver, BC startup community and helped organize HackVan 2012, still one of my favorite hackathons ever. I met conference organizers like Mikeal Rogers and Jan Lenhardt who would forever change my ideas of what a conference could and should be. 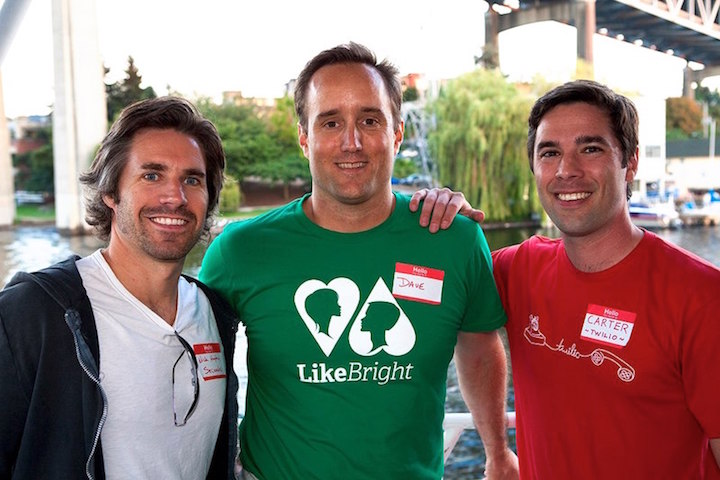 It is only with the help and encouragement of all of these people that I was able to make any meaningful contributions to the developer community in the Pacific Northwest. Events like Doers on a Boat, Sports Hack Day and Vancouver Dev Week brought people together for fun and learning and helped create the kind of bonds that define a vibrant community.

CascadiaJS started as a small conference for JS developers in 2012 and has now grown into a 3-day festival of amazing talks and unforgettable experiences that will incorporate a brand-new day dedicated to CSS and the art of building modern front-end web experiences being led be Alex Lande. Every time I check-in on our Slack channel or review the talk proposals being submitted, I’m just stunned by the excitement and purpose the people in this community have.

This is a post about people. In my time on the Developer Evangelism team at Twilio I worked with 16 people who all came from different places, had different perspectives, but deeply cared about serving developers. I have trouble finding sufficient words to express how I feel about these people. They are like family to me. So, let me share some words of theirs:

I have been blessed to work with people who have chosen to devote their energy to service, and specifically to serving their fellow developers. This has had a profound effect on me and my outlook on life. It has made me a better colleague, a better husband and a better father.

So, why on earth would I leave this team? Good question. I have been fortunate to have spent the last 3 years evangelizing an amazing product that developers love. Earlier in my time at Twilio I took the product for granted and assumed it would always be great. But as I’ve spent more time with PMs and engineers at Twilio I’ve come to realize just how much effort goes into making APIs and tools that maximize developer happiness.

The more I learned, the more obvious it was that the next step for me in terms of serving developers was to assist more directly in shipping the tools that they use every day. That’s why I’m very happy to share that I have moved over to Product Management here at Twilio. In some ways it feels just like it did 3 years ago. Every person I meet gets me more and more excited about this role. I cannot wait to work with these amazing people to ship tools that help developers build the future with code. 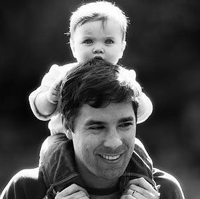 Hey there. My name is Carter Rabasa and I am a husband, father of two beautiful daughters, and former Developer Evangelist and Product Manager at Twilio. I am currently on sabbatical enjoying time with my family! When we're not on the road traveling, we live in Seattle, WA.

More on my Google Profile

See what I'm up to on Lanyrd